Thank you!
Coming to your inbox soon.
ALL NEWS 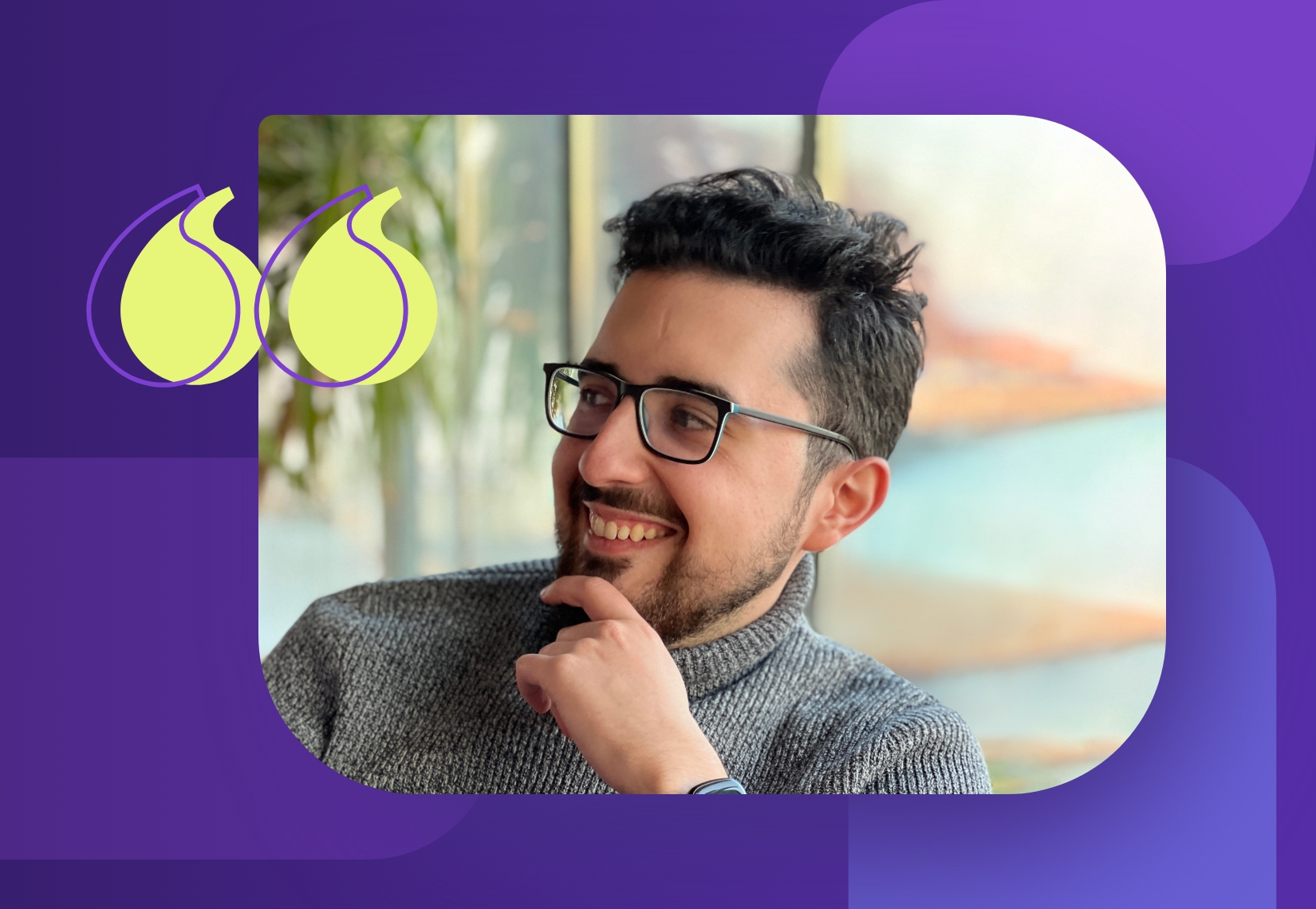 Borislav Vasilev is a Junior Full-stack Developer and one of the newest additions to the Resolute Software team. An avid gamer interested in technology, his path took him to Scotland, where he studied Game Design. However, he quickly rediscovers programming and ventures into the field, choosing it for the long term.

"Programming gives me independence, and I don't rely on anyone else to realize my ideas. That was one of the reasons I switched from doing design to writing code," he says.

Borislav graduated from university, and his career abroad was going well, but he couldn't let go of the idea that he wanted to return to Bulgaria. It doesn't take long for this to happen. His personal development goals intersected with the philosophy and technological capabilities of the Bulgarian company Resolute Software, and so he joined it.

Borislav's story is colorful and answers one of the most important questions - Are you born with the vocation "developer," and is there a shortcut to programming?

"Then I Said To Myself - I Will Never Be A Programmer"

Borislav already encountered programming in high school but quickly decided he would never be part of the profession. “In school, we didn’t get information and guidance, we wrote code on paper without seeing what that code does. Then I said to myself - I will never be a programmer, it’s not possible”.

His opinion remained unchanged until he had to participate in a university project as a Game Design student in Scotland. His fellow programmers and designers are involved in the initiative, whose primary goal is to realize a common idea. Borislav finds himself at the head of the project and faces difficulties implementing parts of the development. “Then I thought, if I could program it myself, I would work out the things holding us back. Since then, the interest in programming has also been revived,” he comments and says that during this period, he met IT specialists who helped him with directions to the right resources.

So, in just 5-6 months, Borislav learned to write code and started working as a programmer in Scotland. One of the most significant projects in which he takes part is the creation of a calculator for insulation materials.

“This calculator was calculating conductivity through different structures. The design was old and needed to be modernized.” There was my first touch point with new technologies and Angular. Today this calculator is used by architects worldwide, and I am thankful for the opportunity to be a contributor to such a project. I learned a lot about things that I already freely use in my daily work”, comments Borislav and says that his experience as a designer also helped him a lot in programming.

Borislav’s return to Bulgaria has always been part of his plans for professional development. He aims to gain knowledge and experience abroad and apply it here after some time. “At that point, the only thing that kept me in Scotland was the work I did for a living. I was waiting to receive an offer or to like a company in Bulgaria that would offer me what I was looking for - people who fearlessly use new technologies, do not stay in one place, and with whom we can develop together,” says Borislav.

Although it sounds utopian, this dream came true not long after, during one of his summer returns to Bulgaria. Borislav meets a friend he knows from Scotland but has returned to Bulgaria to work at Amatas - he told him about Resolute Software. “The organization for the upcoming interview happened quickly, and I expected it to be with HR and a programmer from the team, but no - it was with Hristo and Veli. Conversations with them were informal, without stress and tension. It was delightful to see the CEO and CTO of the company at my first meeting,” says Borislav.

Already during the interview, he is sure that this is his company. In advance, he does a LinkedIn survey of what IT specialists work in the organization, and after the meeting, he knows that this is where he belongs.

"I was impressed by the professionals, there were people with 15-20 years of experience, and it's always a plus to work with someone you can learn from”

“I also liked another thing - I read in an interview with Bulent that they provide developers with an environment where they can work without fear of mistakes, which is very important, especially for junior programmers,” Borislav clarifies.

One of Resolute Software’s goals is to find professionals who can successfully develop both in Frontend and Backend, and this further gains Borislav’s attention to the company. Not long after, he received a job offer, valid within six months, and made a move from Scotland to Bulgaria.

Borislav has been part of the company for three months, during which time he went through a lengthy onboarding process. The first month was dedicated to learning basic things related to web applications, how the network works, and the different protocols. Next month, all newly hired junior developers develop a project using Blazor. The goal is for them to learn to work with it and its various components quickly and efficiently when they become part of a real project. “During the onboarding process, we regularly discussed theory and tasks with the Team Lead, which greatly helped me. I am currently focused on learning web application development with Blazor and hope to start working on a client project very soon. This will help consolidate my knowledge and show what I am capable of,” says Borislav.

The career goals he set for himself even before he started at Resolute Software are now even more transparent, and joining the company only serves to solidify them. In the short term, Borislav is eager to realize his first project; in the future, he hopes to grow hierarchically, meet new challenges, and accumulate knowledge. “I wish I would have the experience and opportunity to become a Project Lead and communicate directly with clients. I have experience in communication, and I think I will fit well in this role. I don’t fit the definition of the introvert programmer who prefers only to write code. I have set goals and am very motivated to pursue them,” he says.

Borislav also shares that some of his plans in the future are related to learning React and React Native technologies, as well as Swift for iOS application development. “I am open to new technologies - this is an additional way to move forward. I aspire to contribute to gaming development here in the future. I dream of having a large Bulgarian company for this,” he says. 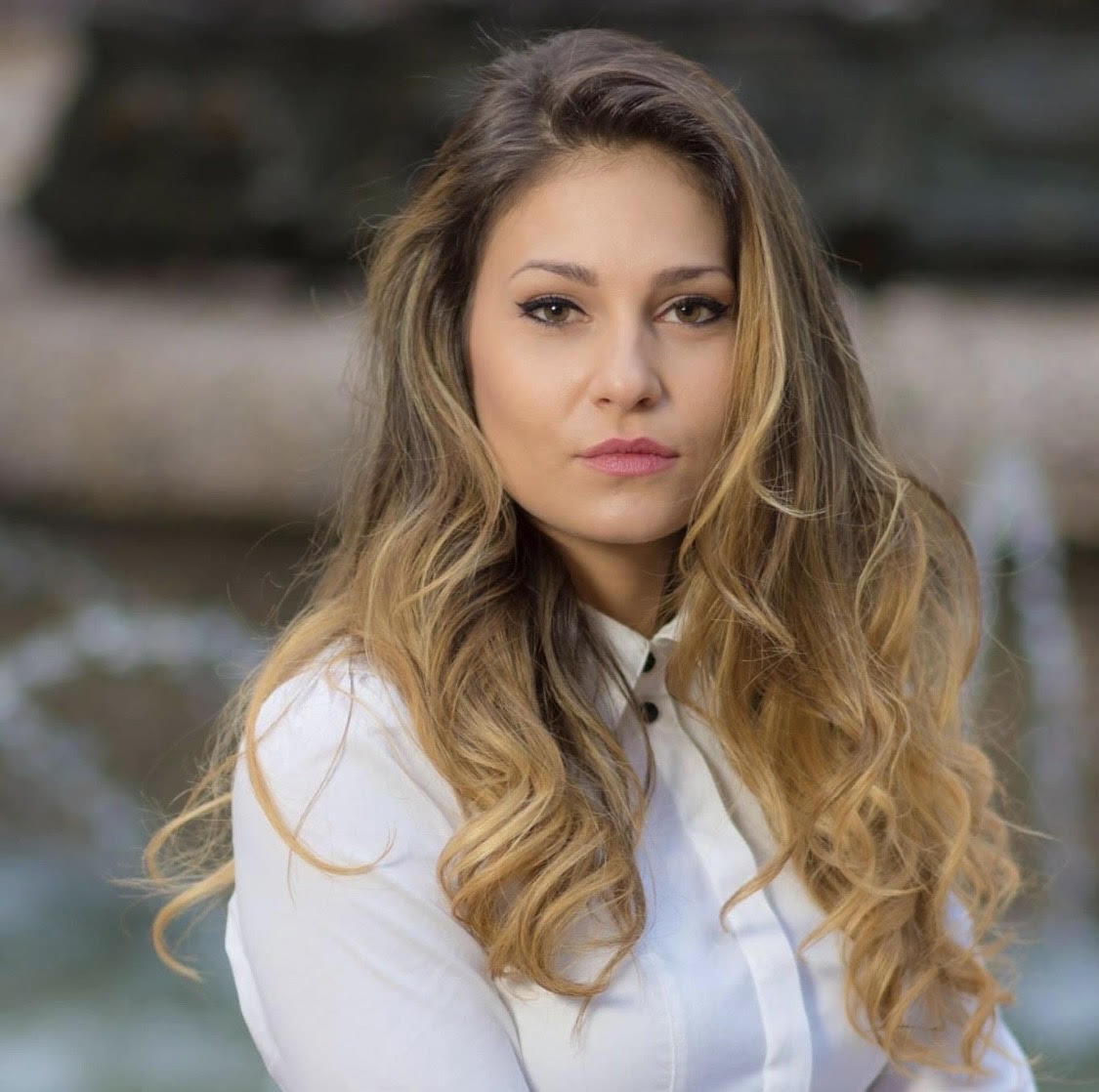 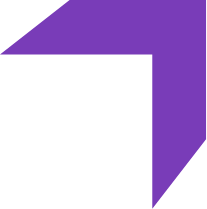 Kameliya is an experienced communication consultant and content creator. She is passionate about event management, copywriting, and PR. For about 8 years in the field, she has worked in various industries, where she successfully helps companies with their communication strategies and brand positioning. 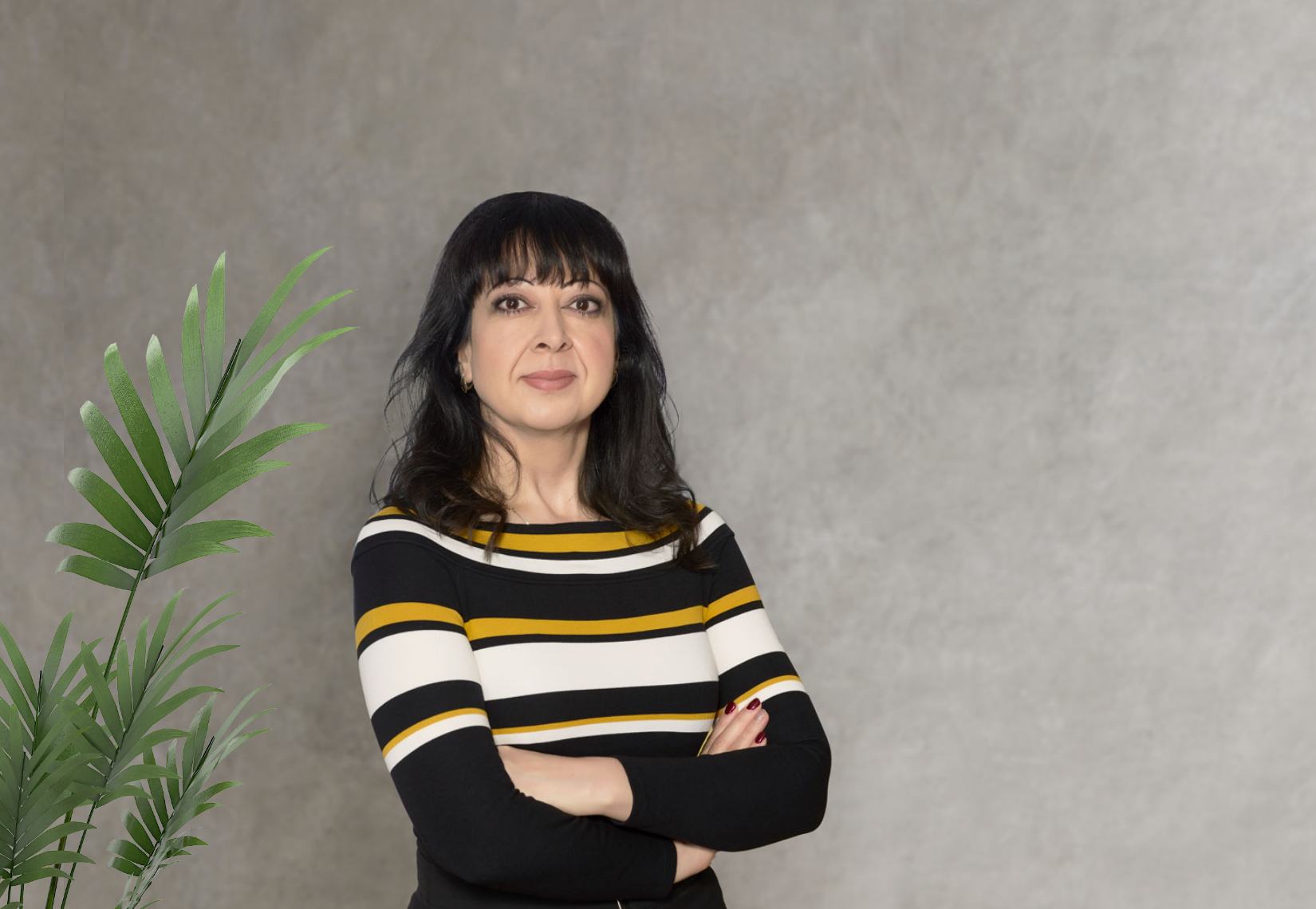 Velichka Zhezheva on contributing to the development of Resolute Software 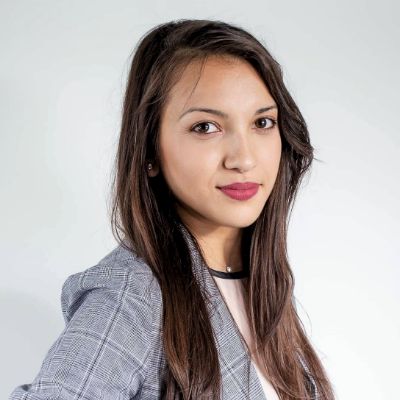 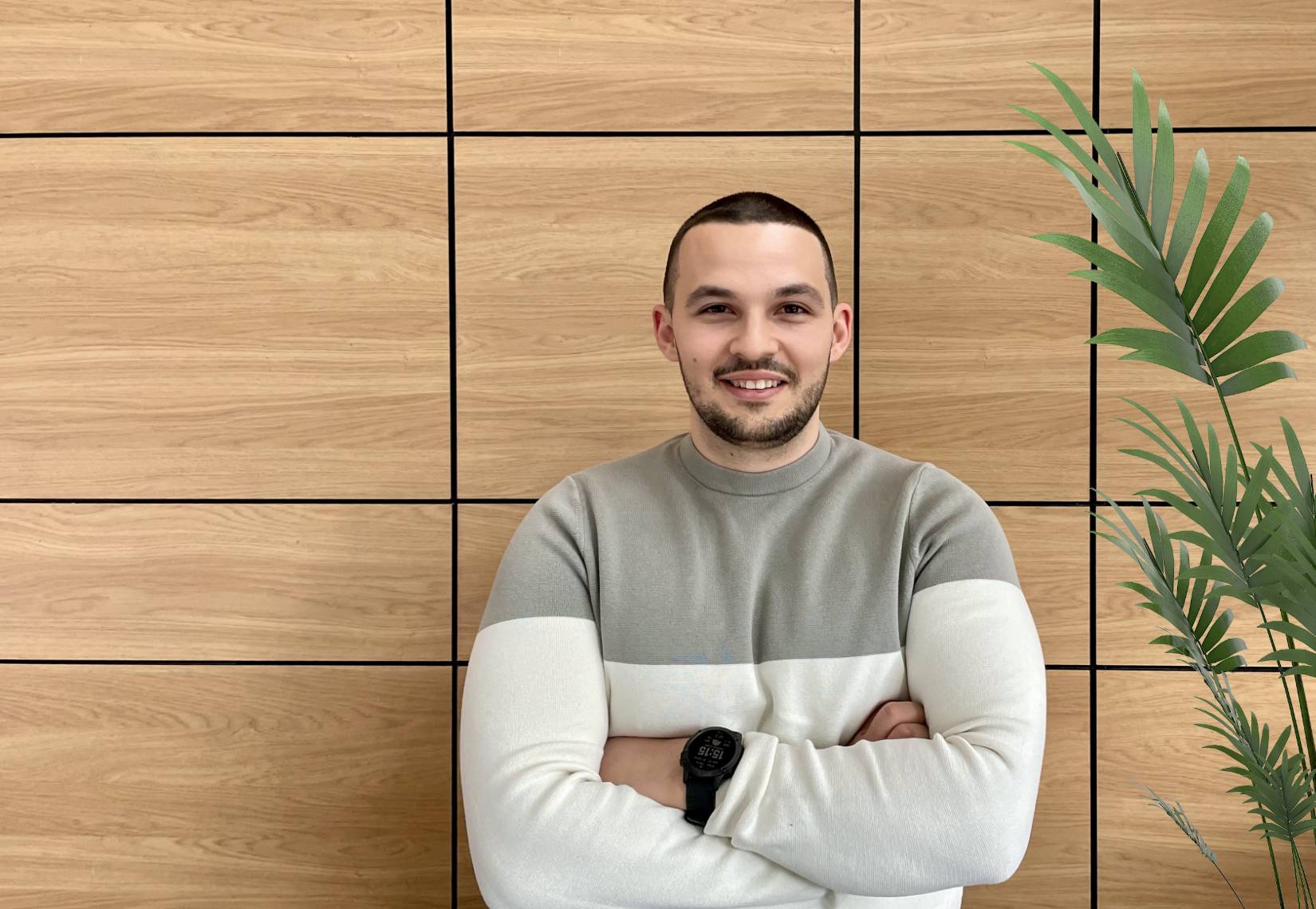 Working in software development is challenging, and that’s why I love it 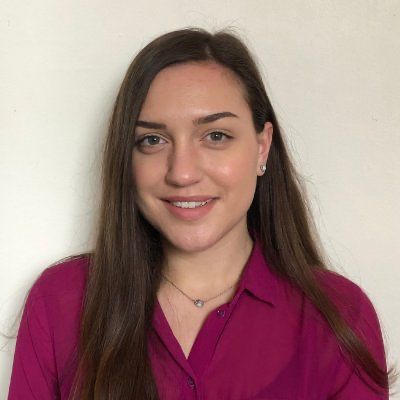